Last Tuesday, Islamic terrorist attacks in Brussels killed 34 and injured hundreds. On Easter Sunday in Pakistan, a suicide bomber killed 72 people, most of them women and children, as they celebrated in a public park. Since I graduated high school in 1983, there have been over 430 such highly-publicized attacks in 55 countries worldwide.They have resulted in countless injuries and over 17,000 deaths. In 2013 there were 20 attacks, 36 in 2014, and 117 in 2015.

Just as they are increasing in number, attacks are also intensifying. So far in 2016, 21 attacks in 15 countries have killed 386 people. 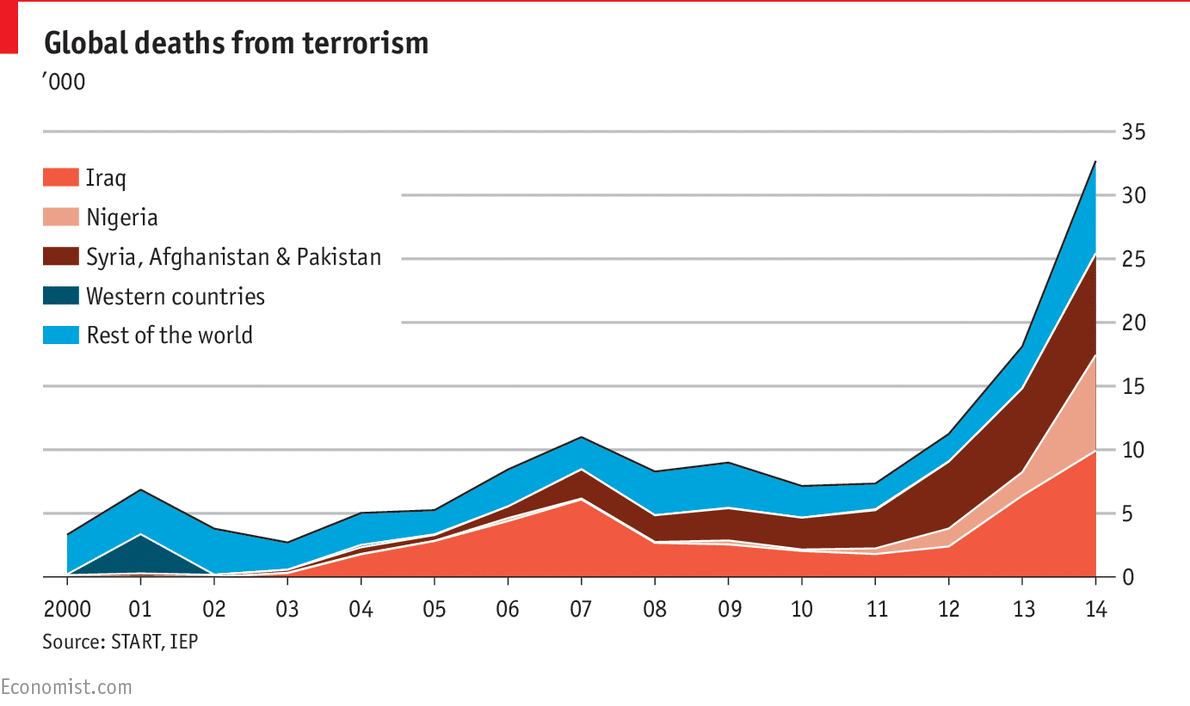 All of this makes us angry at this evil ideology. It should. We should hate and despise the “doctrines of demons” which deceive and enslave people. 2Corinthians 10:4-5 tells us that we’re supposed tothrow down the ideas and high-minded notions that raise themselves against the true knowledge of God. To capture every thought and make it give up and obey Christ. To directly and diligently oppose teachings that lead people away from the truth. Revelation 2 contains Jesus’ personal appraisal of 7 ancient churches, and there are times when He says He hates the deeds of the wicked. (Rev. 2:6, 15) This same Jesus tells us tolove our enemies. To pray for those who persecute us, to do good to them in return. (Matthew 5:44) Sometimes I find it hard to imagine that the ethic of “love the sinner, hate the sin” is really possible when the persecutors are abducting girls in Nigeria, murdering children and their mothers in Pakistan and bombing civilians in Europe.

But let me show you a “more excellent way.” (1 Cor. 12:31) The highly publicized attacks are not the only ones. When one of their undisclosed office locations in the Middle East was attacked last Monday, two Wycliffe Associates workers were killed by gunshots. Two others laid on top of the lead translator, sacrificing themselves by “deflecting bludgeoning blows from the radicals’ spent weapons,” saving the translator’s life. Although precious lives (and printing equipment) were lost, translations on hard drives were ignored and survived—so that the persecutors’ people could still have a chance to hear about Jesus.

While Muhammad’s followers sacrifice themselves to kill, steal and destroy women and children, Christ’s disciples sacrifice themselves for others.No wonder Middle East Cru affiliate LifeAgape proclaimed the work of ISIS and al-Qaeda “the greatest opportunity for Muslim pre-evangelism in 100 years.” Some are forced to be Muslim simply because of where they live. The work of terrorists–and the example of Christians like this–offer proof of Jesus’ words: “beware of false prophets… you shall know them by their fruits.” (Matt. 7:15-16)

God’s way runs counter to every natural urge of man. Without God’s revelation, intervention and empowerment, we cannot love in the “more excellent way.” Political candidates and the solutions they offer fall far short of this way. Better legislation, better balance in the courts, only curb the behavior. They cannot produce the love which bears the good fruit. The Resurrection of Jesus is humanity’s only hope. As our pastor said on Sunday morning, (Hopefully yours did too!), it does not just make a difference; it makes all the difference.

Being at this for over ten years has been quite an education. Normally, t…