Many today are asking for prayers, for answers, for counsel from the Word of God. It’s no wonder: think of the words used to describe 2020: a year of upheaval, unprecedented, dystopian… even “apocalyptic.” As we near the end of the year, it’s surprising how many are anticipating the new year will automatically end the political and racial rancor, the lawlessness, the attacks on law enforcement, religious freedom, small business and American history. I’m not so sure. Still, haven’t the often-oppressive and politically-biased restrictions themselves reminded us of how very blessed we have been? Think what you’ve been reminded to be thankful for… 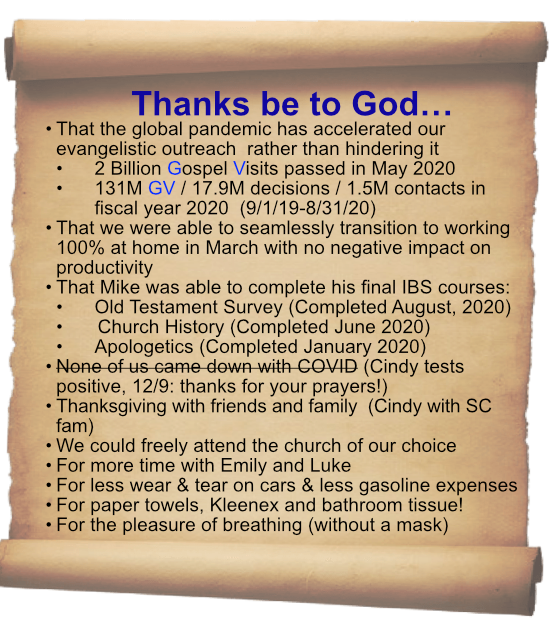 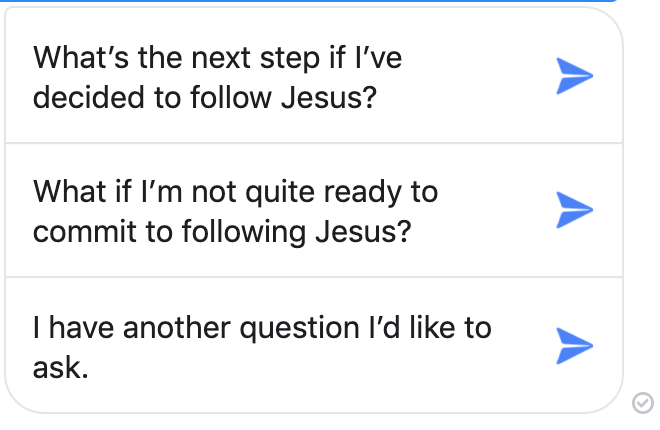 Mosha† was another recent contact who seemed to be at a crossroads. He inadvertently let us know this by using our Facebook ad’s pre-written response prompts to write, “what’s the next step if I’ve decided to follow Jesus?” only to follow it with, “What if I’m not ready to follow Jesus?” 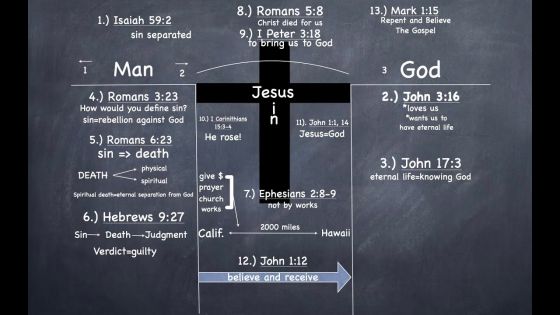 Ironically, he’d just seen our animated version of the Navigators’ “Bridge” illustration, with the Cross as the bridge between man and God, showing that apart from what Christ did, there is an impassible gulf between us and our Creator. I explained that Jesus’ offer is open now, in the day of salvation, but we must not harden our hearts if we can still hear His voice.

I wonder if the world is at a crossroads right now. What if the 2020 trend isn’t going to turn around, and instead, it’s about to get far worse? Are God’s people expecting a dramatic intervention, the way Ahmed was stopped and saw a supernatural vision? Or are they “wavering between two opinions,” (1 Kings 18:21), like Mosha, worrying just as much about the cost of fully giving themselves over to God as that of failing to do so? What is to become of us if we stop sensing the pull of His Spirit?

• According to revival historians, “revival presupposes a declension” (Charles Finney). “When the night is at its darkest, the dawn is on its way.” (James Burns)

• About one out of every four of our U.S. Gospel visits is resulting in an indicated decision for Christ. Americans are confessing their sins, their deep need for Jesus, their conviction that God is judging our nation, and their belief that Christ’s return is soon.

As some writers have put it, trust in the establishment has not been so low since the 1960’s. Ironically, the “Jesus People” movement, which began then, was the last widespread revival in the USA. As one historian put it, it may have saved our nation. If things are about to get worse, what will God’s people do with their remaining influence, time and treasure? There’s abundant evidence that if we seek Him, He will show up! We need Him so much! We are grateful He has put us in contact with so many who are earnestly petitioning Him for this! Thank you for your friendship, your heart and prayers for our work!

†Names are changed to protect identities.

“If one were to believe in ‘end of days’ then maybe this is it,” admitted…