But good news is literally my job. Is there any good news in all of this?

For me, the good news is that Global Media Outreach is busier than ever. People can’t so easily push aside thoughts of mortality and the purpose of life during this enforced time of solitude. Gospel visits, indicated decisions for Christ and new contact rates are higher than they’ve been for over a year.

A website visitor named Christine, in Rockford, IL, put it this way: “God brought on various situations to remind us he is in charge and I think he has done it again. The whole world has stopped because of this Coronavirus. Maybe he’s trying to tell us something.”

Other ministries are seeing it as well. William Lane Craig said, “…it's a sobering thought to think, that, gee, this could be the way I come to an end, through something like this,” Craig responded: “…I hope that makes people more reflective about the ultimate meaning and purpose of their existence and to think about the big questions.”

Believers may have trouble relating to how unnerving these questions are. Author Kenneth Boa’s testimony helped me understand. During a time of enforced solitude in his college dorm, he was “vulnerable to interior reflection,” as he put it. It was “overwhelming and terrifying” to wrestle with the basic questions of life for which he had no good answers. I think this is what is being suggested by Ecclesiastes 7:2’s claim that, “It is better to go to the house of mourning than to go to the house of feasting, for this is the end of all mankind, and the living will lay it to heart.

Sarita in India was mourning last month. She let me know she wasn’t ready to trust Christ, but she was looking for answers. She’d found heartbreaking evidence her husband had been carrying on an affair before his death. The faithfulness of Jesus in spite of His own rejection and betrayal opened her heart to Him, and I was able to tell her He laid down His life for her and will never leave or forsake her.

A new opportunity has opened for us to communicate immediately on Facebook with contacts like Sarita and Christine. Over 200 Online Missionaries have volunteered to offer biblical hope anonymously in live conversations over Messenger. We’ve been working hard on training for them for the past two weeks.

As we began this effort, I was completing an online course in Apologetics (the study of “giving answers” - 1 Peter 3:15) with Cru. As I worked through questions about morality, hell, suffering and Old Testament examples of God’s wrath, I became convinced that at the root of all of these controversies is the fact that “we don’t hate sin” as one Biola Professor’s article puts it. This is because we aren’t in touch with the harm it does to those who are separated from God when their consciences convict them.

It was while I was completing my final project about God’s willingness to act in judgment that the coronavirus hit in earnest. I had to consider whether or not this might be a retributive act of God. I’m convinced we’ve been suffering God’s judgment for some time, but it has been in the form of withdrawal. Three times in Romans 1, Paul says “God gave them up” with the result that people grow more unrighteous and ruthless, doing wrong and approving of wrongdoers. This certainly describes our modern culture. Even churches and missions organizations are caving to pressure to affirm things labeled sin in Scripture.

As I continued to study it, that’s what made me take heart about what’s happening in the world today. Being given over to these conditions is one thing. Any evidence of God’s active correction is another.

“World cataclysms frequently have resulted in great awakenings of a moral and spiritual character. History proves that national calamities, such as wars, epidemics, droughts, famines, and pestilences are themselves but precursors of better times,” stated one witness of the 1904 Welsh Revival.

Learning more about this, my encouragement grew. The First Great Awakening was preceded by a great earthquake in New England. The Second, by the Revolutionary War. The Third, by a Stock Market crash known as the “Panic of 1857.” Is God preparing us for another one? Will we draw close to Him? If we do, He will draw close to us! Last week’s Resurrection Sunday was the celebration of the central truth of Christianity:

“And if Christ has not been raised, your faith is futile and you are still in your sins… If in Christ we have hope in this life only, we are of all people most to be pitied. But in fact Christ has been raised from the dead, the firstfruits of those who have fallen asleep… Therefore, my beloved brothers, be steadfast, immovable, always abounding in the work of the Lord, knowing that in the Lord your labor is not in vain.” (1 Cor. 15:17, 19-20, 58) 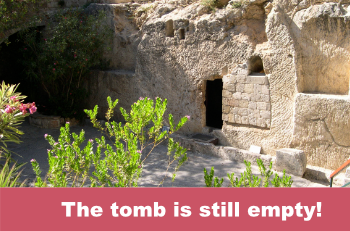 On Tuesday, Pastor Greg Laurie wrote the following on his blog: “…while we are all still sheltering in place, we are seeing something take place that looks an awful lot to me like a spiritual awakening. Let’s hope and pray that it continues. America is long overdue.”

We know these are uncertain times. Will you please let us know how we can pray for you? We are so grateful for your faithful support of our work! Digital evangelism has been pushed to center stage. Will you pray that we find the means to bring compassionate believers with answers in contact with the increased number of seekers we’re seeing from all over the world?

As we explain what God has done for new believers, it keeps reminding us,…

A lot can happen in 45 days. As our last letter went out, the Coronavirus…