Gary doesn’t believe, but claims he would like there to be a God if He would intervene in human suffering. (He’s also upset at God for slavery, gay marriage, abortion and sex reassignment. When I pointed out that all of these things are against God’s design, he only responded, “I blame him for it all. He put us here. Now he hits us with this plague COVID-19.”) It would be reasonable to point out the inconsistency in his thinking. To summarize: “there is no God, but I sure am angry at Him for letting people do the exact opposite of what He commanded.”

Under 9% of the U.S. population is atheist or agnostic. Imagine you were in this group of people— their portion is in this life, (Psalm 17:14). The best they can hope for is that it be a long, comfortable one, with peace and prosperity due to scientific and medical advances to solve problems, extend health into longevity. Can you feel the despair of reasonable people as leaders release prisoners into the general population and simultaneously bring contagious patients into nursing homes. Thinkers like Gary probably look on, dumbfounded, as governors demand businesses remain closed yet abdicate their sworn responsibility to “secure the blessings of liberty” as mass protests fan into riots where agitators vandalize, loot and brutalize citizens while demanding law enforcement be defunded.

Depressing as the past three months have been for all of us, I suspect a large number of people are seeing their whole worldview crumble before their eyes. Christians need to resist the urge to see unchurched people, even militant atheists, as “the enemy.” I doubt if it’s even quite right to assess ultimate blame for what we’re going through on pre-19th Century slave traders, contemporary “pride” parades or abortion advocates. I suspect that to do so would be like Habakkuk, thinking, (1:12-13), surely not, Lord - the people you’re using to chastise us are worse than we are.

I think many of us are concerned God’s passive judgment is moving into an active stage through surprising means. It’s a warning to us all: Gary’s complaints are echoed in the hearts of believers as well: “Lord, why don’t you do something about all this wickedness??” Psalm 73 warns that this is a spiritually unhealthy direction for us, and Jesus, speaking about the time preceding His return, said “because lawlessness will be increased, the love [agapē] of many will grow cold.” (Matthew 24:12) An approach for the faithful believer is laid out in 1 Peter 1: love earnestly, and use our gifts responsibly.

Bad as things seem, I sincerely believe that there could be a reversal before Christ’s return. There is a conspiracy, but it’s not primarily a human, but a demonic one. If God’s people will submit ourselves to Him and resist the devil. He’ll have to flee. Imagine what could be, if that happened. So much that had been hidden in our society has now exposed itself. I’ve always loved the KJV rendering of Isaiah 32:5: “The vile person shall be no more called liberal, nor the churl said to be bountiful.” If hearts were changed and corruption were rooted out, so much liberty could be recovered! 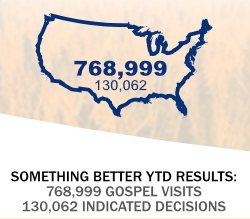 We’re using experiences like our Facebook testing and America campaign over the last 3 months to plan the next fiscal year. It should be a very important one! Our PATH system is poised to bring us into a new era of ministry. Because of the success of the American SomethingBetter.us campaign, we’re working on an expansion of the site. I’ll be sharing more on that as the plans develop. Please pray for this team. Our Outreach (digital marketing) team needs great insight to target people who need Jesus and create ads that are compelling to them. Please pray for the rest of us to plan the site well, with good design and a clear message about the better hope He offers. The majority of our Online Missionaries are American; but their average age is 61. Please pray they’ll be full of love and sensitive to the Spirit’s leading for their younger, argumentative, entitled American contacts after having served international ones for so long. (Contacts in India and Africa are more likely to communicate with respect to their elders.)

Although he’s about the age of our Online Missionaries, Gary is an example of the new kind of contact they’ll get from this campaign. He’s not going to be convinced in one hour-long conversation, but I offered to pray for him as we parted ways, (“can I stop you?” he responded) and he returned later to read my prayer. Here’s what he wrote: “Thank you Mike, that made me cry. It was very touching. I wish I knew how you could be so sure.”

One way to look at the incredible disruption we’ve been experiencing is that it exposes how unjustified worldly utopian hopes are. (Or, as Jeremiah 17:5 puts it, “Cursed is the man who trusts in man and makes flesh his strength, whose heart turns away from the LORD.”) It’s time for God’s people to send a clear message that we can have a sure hope in Jesus.

Update on Mike’s health: although my 4/14 cancer screening was clear, today’s (7/20) revealed another small tumor. The doctor was able to remove it during the visit, and believes it’s the same low-grade (Ta) cancer as the other 2 times. 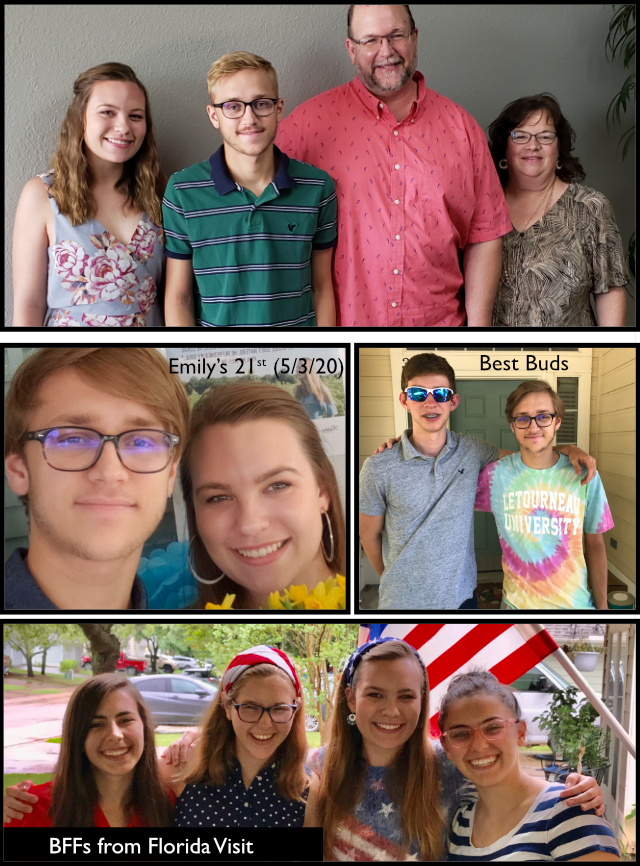 Thank you so much to all of you for your prayers and love for our family!

In our 11/14 letter, we pictured laying groundwork for a foundation suppo…

He is Risen! We hope you had a wonderful celebration of the Lord’s Resurr…